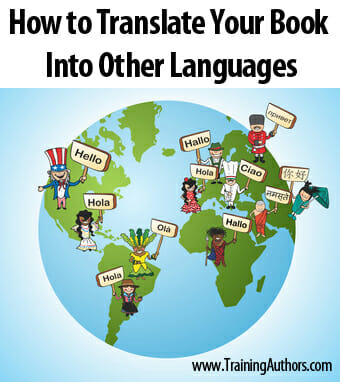 Have you thought about translating your book and getting it published in other languages?  Since I published my first book in 2008, I have thought about this possibility.  But, it did not become a reality until this week.  As of Christmas Eve, I now have one of my books published in Spanish!  What a great Christmas present for me this year.

And now that I know the process, I plan to have some of our other books translated as well.   But, first I wanted to share my experience with you and wanted to share how to translate your book in this tutorial.

Why Should You Translate Your Book into Other Languages?

If you have followed me very long, you know that I am all about getting the most out of the content you write.  Whether it is a blog post or a book, there are many ways to repurpose your hard work.

One way to repurpose the hard work you put into writing your book is to publish it in many different formats:

However, you can also have your book translated into multiple languages.  In my research, I did not find much information about the most popular languages to publish in on Kindle, but I did see someone say that Spanish and German seem to be on the top of the list after English.  Other languages to consider are French, Italian, Japanese, Portuguese, and Chinese.

At the time of writing this post, there are 34 languages supported by KDP including:

When you publish your book in other languages you will not only be able to reach more people with your message, but you will also diversify your income.    There is less competition in many of these other languages which gives you the opportunity to potentially sell more books.

How I Got Started Translating My Book into Spanish

In the last five years, I have been approached several times by people who wanted to translate my books.  A few people offered to translate my book “Mirror Mirror” for teen girls into other languages, but those opportunities always fell through.  I think they meant well, but when it was on a volunteer basis, it just never got done.  I also had a major Christian publisher contact me about obtaining the rights to translate my book, “21 Prayers of Gratitude” into Korean about a year ago.  But nothing ever came of that opportunity either.

I thought that publishing my books into other languages was not possible and had given up on the idea.

That is, until I took Rachel Rofe’s course, “Your Book Monopoly.”  In this course she shows authors how to take your book and create multiple streams of income by publishing print books, eBooks, audiobooks, getting your book into libraries and bookstores AND having your book translated into other languages.

My virtual ears perked up at the last option.  And I wondered…”Could I take the information Rachel shared and publish our books in other languages?”

I decided to start the process and find out.

How to Get Your Book Translated

In Rachel Rofe’s course she shows you quotes she got for her book to be translated in Spanish and Chinese.  You can hear her explain it in the video she posted on her blog that I embedded below or in the screenshot.  However, she found it much cheaper to use Elance to hire a translator.

My Choice:  Outsourcing Through Elance

I didn’t have thousands of dollars in our budget to have a book translated.  Therefore, I decided to try Rachel’s suggestion and posted a job on Elance.  I had never used Elance before and was a little nervous about the process.

I chose my best-selling book, “21 Prayers of Gratitude” and followed Rachel’s exact outline she gives in the course.  I priced my job similar to hers and posted the job online at Elance.  Within hours, I had over 20 proposals of contractors willing to translate my book at a very low cost.

I then researched those who put in a proposal and looked for the following:

There was one person in particular that stood out to me.  I contacted her and asked her if she would be willing to sign a Non-Disclosure Agreement (NDA).  By signing the NDA, she would legally agree that she would only use my book contents for translation purposes only and that my publishing company, Body and Soul Publishing, would remain the sole owner of the content. The NDA was something Rachel recommended, but was not provided in her training so I came up with one on my own.

My translator agreed and we started the process.  Her bid was slightly higher than some of the other contractors, but she had a longer history of completed jobs on Elance and a higher rating than most of the others (4.9/5 star rating).  She was also willing to complete the small book (~5,000 words) in only 3 days.

An Important Step:  Use a Proofreader/Editor

In Your Book Monopoly, Rachel mentions the importance of using a proofreader/editor within the process.  She suggests several ways to find someone that can proofread the translated book.  This is an important step so that you can check the work of your contractor and make sure your content is being translated in the correct way.

I chose one of her suggested options and hired someone to proofread the translated version of my book in Spanish.   I decided to pay about 45% of what I paid my translator.  I did not have a reason for choosing this price, but simply chose what I thought would be fair.

Thankfully, my proofreader confirmed that it was a good translation and only had a few recommended changes.  I was now ready to format my book and publish it!

I then formatted my book for Kindle and Createspace.  Once my book was published on Kindle, I posted a new project on ACX to have the Spanish version published as an audiobook as well.

I then had the book cover changed to include the Spanish title.  I decided to keep everything else the same as it saved me any extra costs as I could edit the text on my cover and easily.

Here is the finished product: 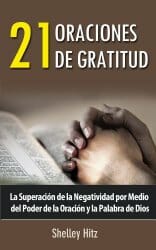 Several people have asked me about the translator I used.  Here is her information:

I then hired someone I know who is bilingual to proofread it for me.

There were a few lessons I learned in the process:

#1:  Have everything you need translated

I had to go back and ask my translator to translate my book description and bio for me later.  She was gracious to do it even though I had already paid her and the job was over.

I also learned that Google translate can help if you are in a bind.  I would NOT use it to translate your book, but I did use it a few times to translate text I used in my e-mail autoresponder.  I did take Spanish in high school and in college, so I felt comfortable enough to know if the translation was accurate.  However, next time I will have everything I need ready in advance to have translated.

#2:  Use Spanish specific categories on Amazon via KDP

Each language will be different, but I found that when I chose normal categories in KDP, it listed my book as an English book on the Amazon sites for Mexico and Spain.  Therefore, I researched the exact categories I wanted for those two Spanish speaking countries and requested the change manually through KDP’s support.

Also, within KDP, there is a specific category for each language that you can choose.  I went back and changed my categories so that it would be listed in the Spanish books.  This would allow my target audience to find it easier.

In order to get the book in the category: “Kindle Store > Kindle eBooks > Foreign Languages > Spanish“, the language setting of the book needs to be “Spanish”.

To change the language setting of your book, please follow the steps below:

2. Find the book you want to update, and in the “Other Book Actions” column, click “Edit book details.”

3. Under the “Language” section, please change it from English to Spanish.

4. Go to the bottom of the page and click “Save and Continue.”

5. Confirm that you have all rights to publish by clicking on the box at the bottom.

It is a learning process and I am sure I will learn a lot more along the way!

Here are a few marketing tips for you to consider once you publish your book in another language.

Author Audience Academy -In my training on translating your book within Author Audience Academy, you can also download the Non-Disclosure Agreement (NDA) we used with my translator as well as a video about using Elance.  You can use my NDA as a template for the one you send to your contractors who translate your book.  And if it is your first time using Elance, I think you will find my video helpful as I will share how it works and a few tips I learned.  Find out more here: www.authoraudienceacademy.com

I recently found out about another option available to translate your book and publish it in other languages.  It is called “Babel Cube.”  I have not personally used it yet but they will translate and publish your book at no upfront costs.   Check out their FAQ page for authors as well as their royalties page.

The downfall to their current system is that they don’t have a way to check the quality of the translation done.  You would have to hire a proofreader or editor yourself to ensure that the translation was done well.

Overall, this reminds me of the ACX platform for audiobooks except it is used for translating books into other languages.  If you use their system, leave me a comment on your experience so we can learn from each other.

I am so thankful that I took the plunge and learned the process of translating my books into another language.  I know there will be more to learn in the days to come.  I have already sold a few copies and am excited to see what the future brings.

Do you have your books published in other languages?  Why or why not?  If so, what have you learned about the process?  Share in the comments below. 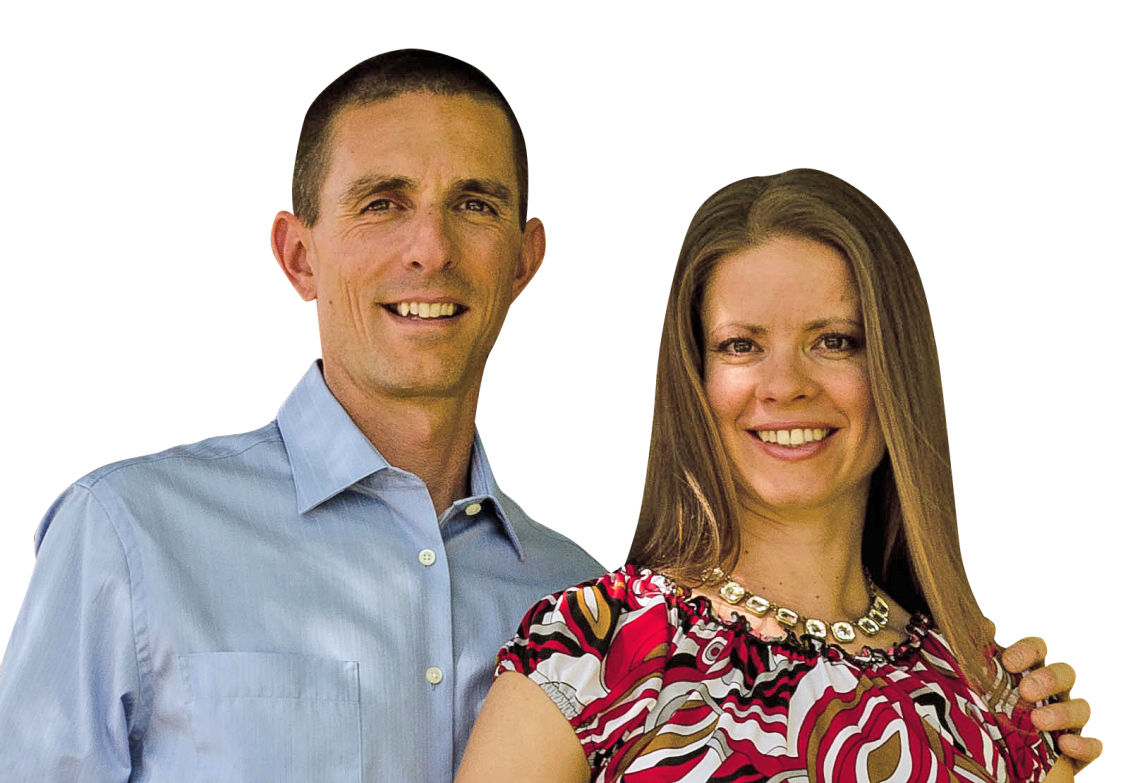 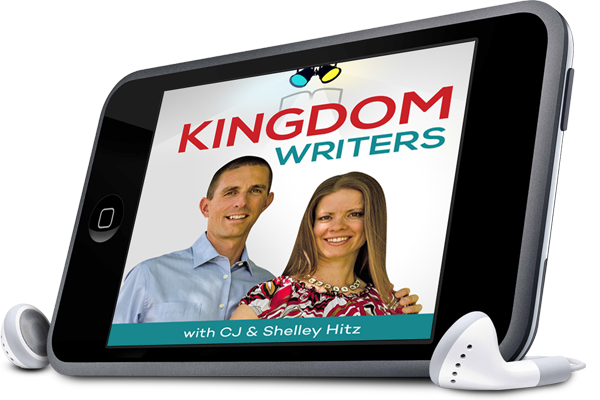